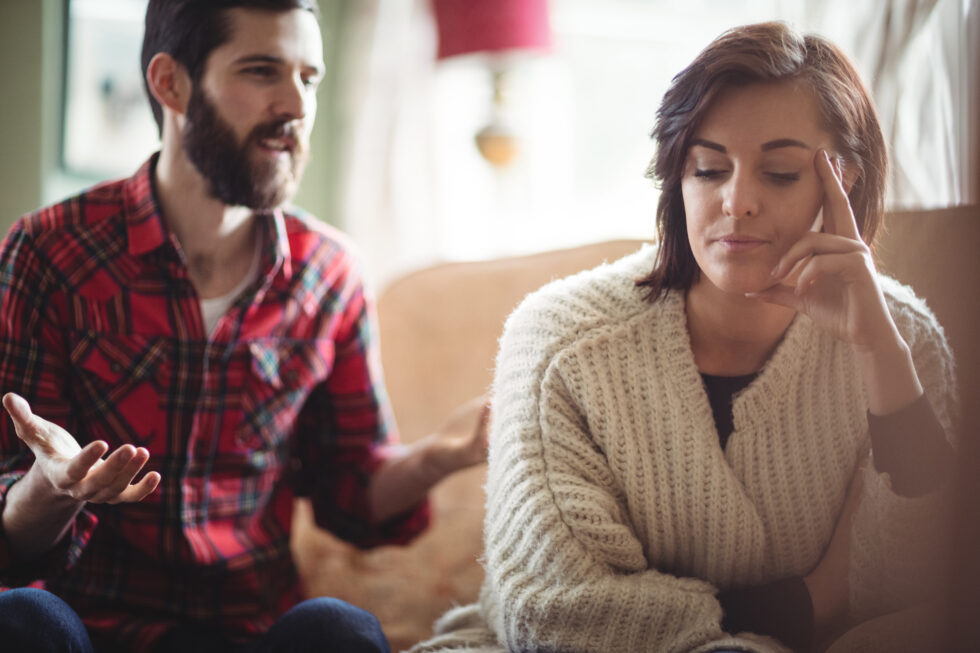 How To Stop Insecure Feelings That Sabotage Your Relationship

Feelings of insecurity are responsible for the destruction of many relationships. When we feel insecure, we tend to look outside ourselves for the reason why we feel the way we feel. Many people with insecure feelings, believe that the other person is the reason for their unhappiness. This leads them to think that the other person needs to change in order for them to feel secure in the relationship. Nothing could be further from the truth.

Tom and Jennifer have been together for over 12 years. They have two children ages 16 and 6. The older child is Tom’s from a previous relationship. Jennifer is unhappy because most nights, Tom comes home from work in a distraught, angry mood. He is upset, wants to be left alone and often isolates himself with video games when he gets home from work. Jennifer interprets Tom’s behavior to mean that Tom doesn’t love her. That thought leads her to feels insecure in their relationship. She thinks that if only Tom would come home in a good mood, help more with the kids and around the house, and pay attention to her, she would feel more secure and be happier.

Tom comes home from work and is angry about how things went that day. He feels insecure about his job. He asks Jennifer to leave him alone when he gets home so he can decompress. Jennifer is annoyed because she wants to discuss a problem that needs to be addressed and involves one of the kids. She ignores Tom’s request to be left alone and tries to engage Tom in conversation. In his foul mood, Tom feels attacked and insecure in their relationship so he gets angry at her. Tom believes that if Jennifer would just stop nagging him and let him have some peace and quiet when he gets home from work, he would be more content.

Their conversation quickly escalated. The issue was not Tom’s or Jennifer’s behaviors. The issue was their insecure feelings which led to them to take their thoughts seriously. Consequently, they did not have open minds or compassion for each other.

Jennifer and Tom both had insecure feelings which caused them to give importance to their negative thoughts. Jennifer believed that Tom did not love her and she reacted to that thought by pushing Tom to talk with her. Tom had some insecure thinking around his job and that thinking led him to come home in a low mood. It is impossible to connect and have a productive and loving conversation, when partners are in a low mood.

Tom and Jennifer momentarily, lost touch with the love and compassion that they have for each other. Their insecure feelings hijacked their good feelings about their relationship and their partner.

How To Reduce Feelings Of Insecurity.

To reduce feelings of insecurity, this couple needs to focus on what they love about each other. To get those loving, feelings back, they need to stop focusing on what they think is wrong with the other person. Tom and Jennifer will have to pay attention to how they are reacting to each other. They will need to look beyond their partner’s words and behavior to feel compassion.

Going forward, when Jennifer or Tom notice their conversation is going nowhere, it is time to take a break. When they both have feelings of good will toward each other, the conversation can resume. When they feel close to each other, they will be able to think clearly and make decisions that will work for both of them.

Too often, couples focus on the problems. When they focus on the relationship, most problems get resolved on their own.

Use the link below to contact Linda via email or telephone.