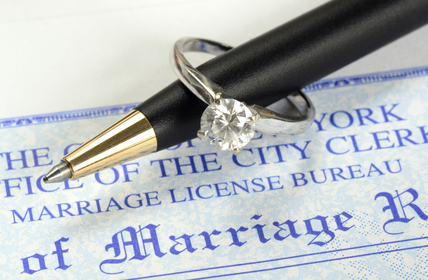 Until Death Do Us Part

When I married my first husband, I promised to love, honor and respect him.  I promised to stay with him until we were parted by death.  Unfortunately, I did not do my due diligence and really get to know the man I was making all these promises to.  We dated for less than 4 months before we got married.  Not only did I not really know him, I did not truly know myself either.

It didn’t take long for reality to set in.  Our marriage was tumultuous and painful.  He was physically and verbally abusive. I was scared and confused.  Early in the marriage I gave birth to two beautiful children.  I was desperately unhappy in my marriage, but for financial and religious reasons, I felt trapped and unable to leave.  So I stayed and hoped things would get better.  Not surprisingly, things just got worse.

Why I Finally Left

I wish I could say that I finally left my husband because I became financially independent and knew I deserved a better life.  Instead, I left because I was concerned about what would happen to our children’s emotional and physical well-being if I stayed.  I reached out to my parents.  They took me and the children into their home and we stayed with them while I went through the divorce process.

That happened over 30 years ago.  The first 10 to 12 years post-divorce were just as turbulent as the marriage, but at least we were not living under the same roof.  I felt somewhat somewhat safe and I had the emotional support of family and friends.

The last 20 years have been relatively quiet.  My ex-husband remarried not long after our divorce.  He has his life and I have mine. Unlike the years when the kids were younger, we rarely have to be at the same place at the same time.  The last year, however, has brought several changes.

Our children are in their 30’s now.  Over the past year, we had a wedding shower, a wedding, a baby shower and we welcomed a new grandchild.  All these events made it necessary for me to be around my ex-husband again.  We have been cordial to each other on these occasions, but we are not friends.

I must admit that some painful memories have crept into my mind over the past few months.  I do my best to ignore them.  I know if I allow myself to go down that rabbit hole to revisit the disturbing past, it will rob me of my present day happiness and peace.  I prefer to keep my focus on today and on our children and grandchildren because I love them and they bring so much joy to me.

What I Learned About Divorce And Kids

What I learned about divorce and kids.  In a divorce situation, if there are children, you have to treat your ex or soon-to-be-ex as a business partner.  For the sanity of everyone involved, keep your interactions as impersonal as possible.  Refrain from making derogatory comments about the other parent in front of the children.  Seek counseling or coaching if you are having trouble maintaining your emotional balance and keeping your cool around your ex.  You are going to be connected to each other for a very long time.

My daughter and son are a very important in my life.  They are the two reasons why I do not regret my first marriage.  They are also the only reasons why I am tied to their father until death do us part.   That part of the marriage vows cannot be broken… even by divorce.