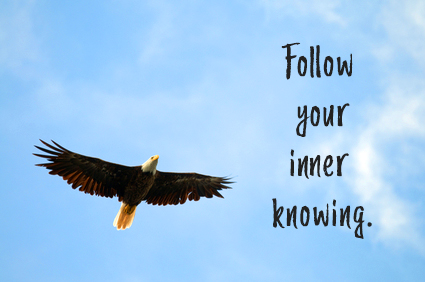 A Story About Becoming Yourself

Do you have a desire to make a change in your life or follow a dream, but for whatever reason, you feel obliged to stay on your current path?  If so, this story is for you.

No one knows exactly how it happened, but somehow, an eagle’s egg got mixed in with several turtle eggs in the nest of a Painted Turtle, on the Columbia Plateau.  The eagle egg was almost three times the size of the other eggs in the nest, and although the turtle parents noticed the difference, they didn’t give it much thought. If the Creator placed the egg in their nest, it must be their baby

Day by day, the eggs began to hatch.  The tiny turtles scurried out of the nest, but one baby “turtle” was left behind.  Mother and Father turtle were perplexed by this strange looking turtle.  It did not have a shell, and it was fuzzy all over.   The baby’s head was not shaped like a turtle’s head, and it did not have four stumpy legs.  This odd little baby had two funny shaped front “legs” and two legs that looked like sticks.  The baby hopped about on it’s stick legs, flapped its’ front legs, and screeched.

The parents, were kind hearted turtles, so they simply accepted this unusual turtle baby as one of their own and taught it all about how to be a turtle.  They taught the baby eagle to tuck his head under his front “legs” to hide whenever there was danger.  They taught him how to eat bugs, snails and plants that grew along the edge of a pond.  He was noisy and awkward, but they loved him, and they named him Eldon.

As the days passed by, Eldon quickly grew.  He was covered in feathers from the top of his head to the tip of his tail.  Despite the fact that he did not have a shell, and he was several times bigger than the other turtles, he believed he was a turtle and he did everything the other turtles did.

Even as he lived his life as a turtle, deep down inside, Eldon did not feel that he fit in.  His parents reminded him daily, that God created him as a turtle, he would always be a turtle, and they loved him very much.  Still, something didn’t seem right. He spent hours each day, gazing up at the sky and wondering what it was like up there.

Eldon was very good friends with a turtle named Tarek.  One day, Eldon told Tarek about his dreams.  He dreamt that he could  jump into the beautiful blue sky and touch the fluffy white clouds.  Then he sighed and said, “But, God called me to be a turtle, so I must be a turtle.”

Then Tarek said something that surprised Eldon.  He said, “Eldon, I have been watching you.  You don’t look anything like the rest of us turtles!  Instead of stumpy front legs, you have two huge wings!  When turtles are scared, we crawl inside the shells we have on our backs.  You don’t have a shell on your back.  You have feathers!  Your head and your tail are white, not brown or green like a turtle. You hop on your stick-like legs to move around.  Turtles can’t hop!  This may be hard for you to believe, but I don’t think you are a turtle at all!”

Just then a magnificent Bald Eagle flew overhead.  “Look!” said Tarek, “you look just like that bird!”   As Eldon watched the magnificent eagle soaring through the blue sky and very close to the fluffy clouds, he was filled with excitement!

But then… REALITY hit.

Tarek continued, “God does not plant the desire to do or be something inside his creations and then tell them that they can’t have the thing that would fulfill that desire!  What parent would treat their child that way?!  You are not a turtle!  You are an eagle!”

“Go, be an eagle! Because that is what you are!”, said Tarek as he wandered off to find something to eat.

Eldon thought about what his friend had said.  Could it be true?  What if he really was an eagle and not a turtle?  Eldon hopped over to the edge of the plateau that he lived on with his turtle family and friends.

He moved to the edge of the cliff, and watched the eagle soaring overhead.  All the eagle did was jump off the edge and spread his wings.  It looked effortless and exhilarating.

Eldon thought, “If I jump off the edge, and I am a turtle, I will plunge to my death.  If I am an eagle, I will soar through the sky just like I do in my dreams.”  With that thought, Eldon spread his wings and jumped into the sky.  It was then that he knew that God had called him to be an eagle, not a turtle.

Who Are You Being?

Sometimes, we find ourselves pursuing an education, or staying in a career or relationship, or following some other goal that no longer fits who we have become.  Perhaps your parents told you that you should pursue a particular career, so you did, but it isn’t fulfilling. Maybe you are in a marriage where you feel manipulated and that you are giving more than your partner. We can be so entrenched in a promise or a need to please others, that we are blind to our true desires or what is really happening around us. No one wants to look back on their life and realize they gave their life away to a thankless job or ungrateful life partner.

We all change. The world is constantly changing.  Why then, wouldn’t our goals and desires change too?  I believe that the desires we have,  come directly from God. He speaks to us in the form of an inner knowing.  God is not that voice in your head that tells you that you must suffer and live in a state of lack, to fulfill some obligation you think you have. That voice is an impostor.

I am not suggesting that we shirk responsibilities, but there is a good chance, that there is a way to be responsible, and pursue our dreams at the same time.

If you have a desire to pursue a dream or make a change, those ideas were very likely, put there by our Creator.  If you are feeling trapped by a goal that no longer lights you up inside, that just might be God tapping you on the shoulder and pointing you in a new direction.